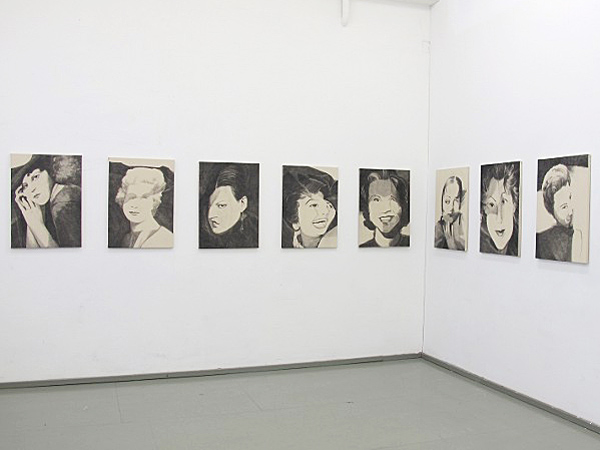 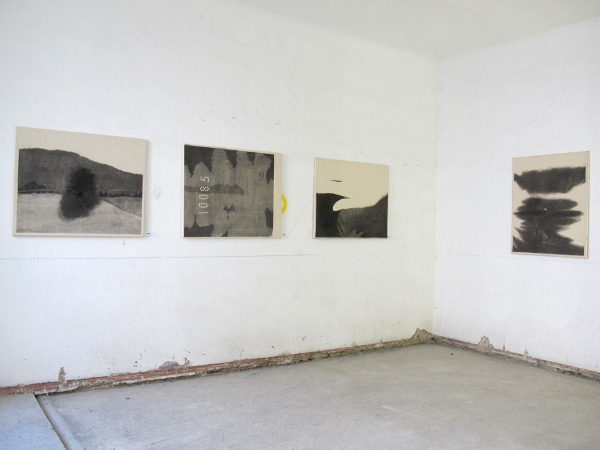 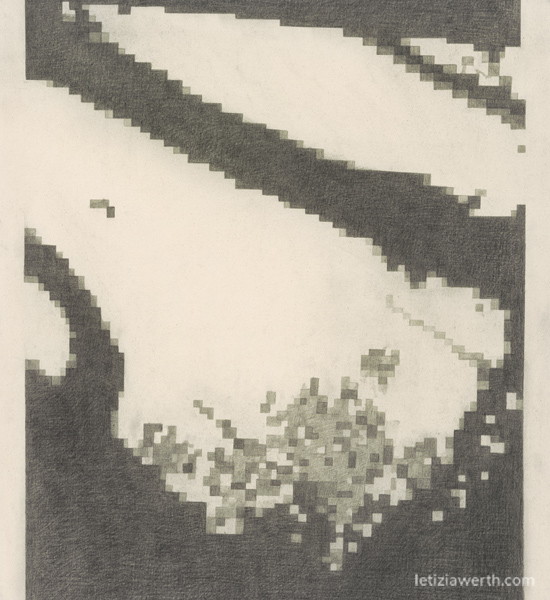 Four pictures - series of 10 drawings, graphite pencil and acrylic on cotton, 90x100cm, 2016.
Four pictures deals with a sequence of four photographs taken in Auschwitz-Birkenau by prisoners. The blurred and pixilated style of the artworks indicates the impossibillity of depicting the whole dimension of  the crueltys in the concentration camps. The series of drawings is an attempt to give these unique documents a new visibility.